This Moroccan inspired combination of spices includes cinnamon, cumin, coriander, turmeric, hot red pepper (the Aleppo pepper) and black pepper. While each spice plays a role, the cinnamon is what takes it over the top and fills the air with Fall and holidays.

Turmeric adds an earthiness that is rounded by the cinnamon which gives a sweet sensation and taste. And whenever turmeric is used a little black pepper should be added too, both for flavor and it boosts the bioavailability for all the nutrients that turmeric brings.*

Cumin adds a deeper flavor and slight smokiness, especially if you toast it a little in the pan as noted in step #6 below. Citrus notes come from the coriander, the seeds of the cilantro plant.

The apricots are optional, but give an extra sweetness and brings forward the spices a little more.

Moroccan Spiced Chickpeas can be made any time of year. When red peppers are not in season, jarred red peppers work and taste good in this dish.

Chickpeas Made From Scratch

Chickpeas taste best when they are cooked from dried. In the technique section, see how to cook dried chickpeas and also get the resulting chickpea stock which you can use in this dish. You just need to remember to soak the beans the night before or in the early morning of the day you want to make this dish.

*Dr. Gregor of nutritionfacts.org wrote an article  explaining how black pepper increases the bioavailability of turmeric. 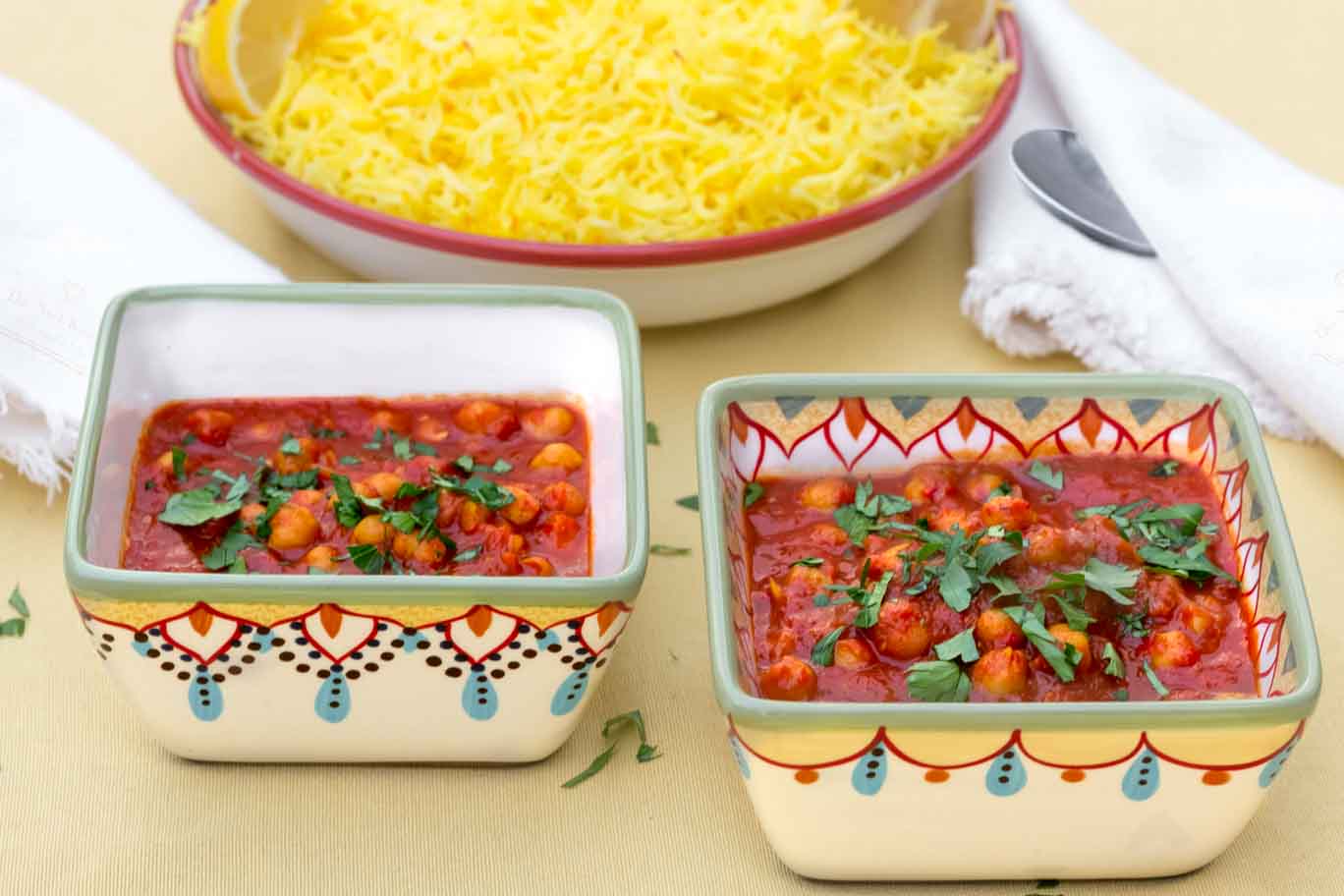